Delicious with a craft lemonade or soda water over plenty of ice, for extra depth add a strawberry.

Ade and Bec ate over a dozen Bakewell Puddings while developing the recipe!

We are so honoured to be working in partnership with our friends at The Old Original Bakewell Pudding Shop to bring you the most authentic expression of Bakewell Pudding Gin. Formulated and developed over a year, we have created a gin that delivers the experience of a Bakewell Pudding. It starts sweet, moved through Almond and finishes with luxurious Strawberry.

A bit about the pud!
The building the Old Original Bakewell Pudding Shop is housed in was built in the late 17th century, when it was owned by the Duke of Rutland. It was sold to the town’s tallow chandler, Mr Wilson, whose family were tenants of the property at the time, by the Eighth Duke in 1921. Around 1860 Mrs Wilson became aware of a new pudding creation that had been made by accident at a local inn, then called The White Horse.

The pudding was the result of a misunderstanding between the inn’s mistress, Mrs Greaves, and her cook; visiting noblemen had ordered a strawberry tart, but instead of stirring the egg mixture into the pastry, the cook spread it on top of a layer of jam. The result was so successful that Mrs Wilson recognised the possibility of producing the puddings to sell and acquired the original recipe in order to commence a business of her own.

Forget the imitations, this is the real deal. Made with the blessing and expertise of the original and internationally famous Old Original Bakewell Pudding Shop. 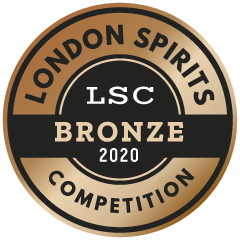 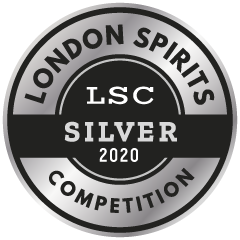 Be the first to hear what’s happening in the Distillery, including 5% off your first order, exclusive offers and competitions.

Page load link
Are you 18 or older? This website requires you to be 18 years of age or older. Please verify your age to view the content.
Manage Cookie Consent
To provide the best experiences, we use technologies like cookies to store and/or access device information. Consenting to these technologies will allow us to process data such as browsing behaviour or unique IDs on this site. Not consenting or withdrawing consent, may adversely affect certain features and functions.
Manage options Manage services Manage vendors Read more about these purposes
View preferences
{title} {title} {title}
0
Your Basket
Your basket is emptyReturn to Shop
Continue Shopping
Calculate Delivery
Apply Coupon
Go to Top